We are here for Worship| Prayer| Young People| YOU!

Sunday mornings at 11:30 and alternate Sunday evenings at 6:15
Wednesday at 8pm|Prayer meeting after mid-week on Wednesday
Prayer cells meet as arranged|CONNECT – our new youth organisation Click for details|Join us in person or online via Youtube or Facebook

About Us COVID19 measures

More services can be found here.

Our most recent Sunday Services. We will be studying “The Life of Queen Esther” in the mornings and considering “Real Answers to the Big Questions” in the evenings.

Wednesday 25th May
Saturday 28th May
Sunday 29th May

1st Ahoghill is a vibrant, Bible-based, warm and welcoming church right in the heart of County Antrim, led by our minister Rev Mark Neilly.


Our activities are somewhat curtailed at present due to the ongoing Covid-19 pandemic. Sunday morning worship is at 11:30, and Sunday evening worship is at 6:15 alternating between us and Trinity. We also meet for bible study and prayer on Wednesdays at 8pm. Sunday school meets between 10:15 and 11:15 on Sunday mornings. All our services can be viewed on YouTube or Facebook.

Little is known about Presbyterians in Ahoghill until October 1654 when a group of Presbyterians were supplied with sermons from Antrim where Presbyterian ministers, who came across from Scotland, had been working for periods of six months at a time.   The people of Ahoghill then sought permission to elect elders and this was carried out in 1657.  Their first minister, Mr John Shaw from Scotland, was called and ordained on the 30th June 1658.


First Presbyterian Church Ahoghill was established – the small group of people had organised themselves into a congregation, elders were elected and a minister was installed. This young congregation in Ahoghill began to grow in size and presumably built their own meeting house for worship. As the people in 1658 were poor and living in houses built with mud walls and thatch roofs, it is to be expected that their meeting house would also be made in like fashion. 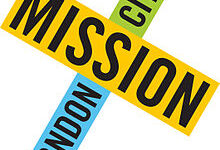 It is a great privilege to know that we have behind us a community of prayers worriers, that we can call on, when we find ourselves helpless to pray or … 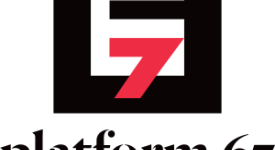 Sri Lanka Much to the fury of the country’s minority Muslim population, it has been customary this year for authorities to cremate the bodies of Covid victims. Muslims believe cremation …

THANK YOU for your prayers which are desperately needed in these critical times. The Covid-19 pandemic has been, and still is, surging in most Asian countries. Myanmar is experiencing lockdowns …